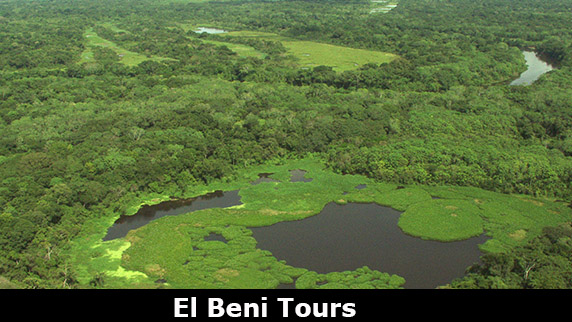 El Beni Bolivia has population of about half million people.  Beni is one of the least-populated regions of Bolivia.  This region is of the nine departments of Bolivia.

El Beni Bollivia the importance of cattle ranching is prominent in the regional culture. Cowboys, or "vaqueros", still play an important role in Beni society, comprising a large portion of the working class. Other industries significant to the region include logging, small-scale fishing and hunting, farming, and in recent years, ecotourism. 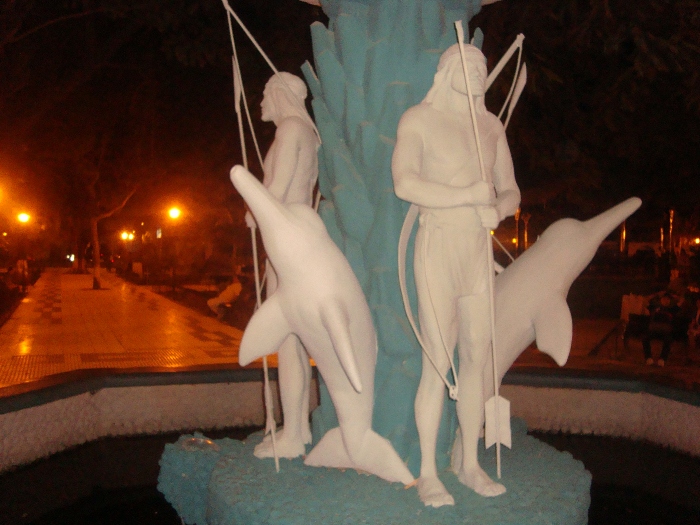 - The Kenneth L. Museum. This Museum is about the Moxos Culture

- The  Fish Museum It is the largest in South America ,

- Botanical Museum. This place is about the forest of El Beni

El Beni Bolivia is a region  wide and flat, featuring many large mounds connected by straight earthen causeways, which are believed by researchers to have been built by ancient inhabitants. The earthwork mounds provide raised living areas and enable the growth of trees that could not survive otherwise in the frequently flooded lowland area. In the 21st century, archaeologists and anthropologists such as Americans Clark Erickson and William Balée, respectively, believe these earthwork structures are evidence of a large and sophisticated indigenous civilisation that flourished for thousands of years before European invasion

Beni Bolivia was a very important centre of a pre-Columbian civilization known as the hydraulic culture of Las Lomas (the hills), a culture that constructed over 20,000 man-made artificial hills, all interconnected by thousands of square kilometres of aqueducts, channels, embankments, artificial lakes and lagoons, as well as terraces.

Between the 19th and 20th centuries northern Beni became Bolivia's rubber capital. The abundance of rubber trees attracted many people to the region, many of them adventurers and workers (many of whom were indigenous) to work in the huge rubber plantations that arose. The worldwide demand for rubber rose with industrialisation and the use of automotive vehicles. For decades this was one of the most active, dynamic regions of Bolivia. Cachuela Esperanza was an important centre for rubber exports as it is located along the shores of the Beni River. As a measure of its success, it had one of the best-equipped hospitals in Bolivia at the end of the 19th century. But these enormous rubber plantations all but disappeared by the end of the Second World War, as developers had been cultivating rubber introduced to plantations of Southeast Asia and Africa. Today many of the properties have been converted to cattle ranches. Only some small rubber producers still use the river to transport their production.