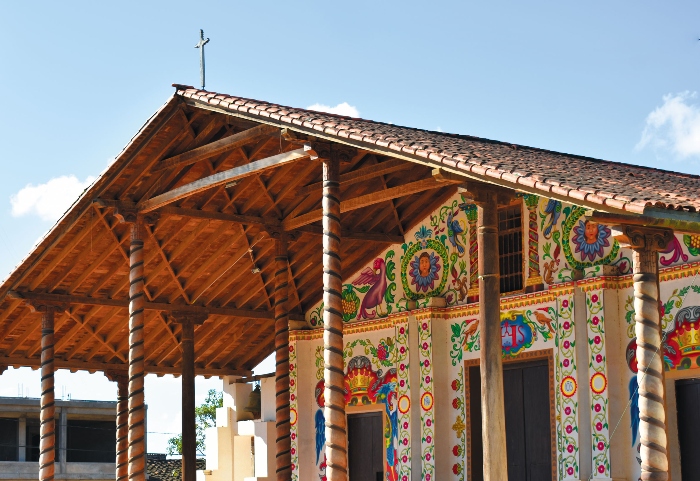 The foundation of San Ignacio De Moxos, was made by the Jesuit priests Antonio Orellana, Juan de Espejo and Álvaro de Mendoza on November 1, 1689, San Ignacio de Moxos has witnessed the entanglement of two different cultures: that of the Moxeño peoples who were inhabiting these places and the missionaries who assumed the challenge of reaching these paradisaical Amazonian territories and raising the third of the Jesuit missions that were erected in Beni and with  action forcing to disappear a great part of the original culture of local tribes in what is nowadays know as Moxos Bolivia.

The cultural  heritage is completed with its festivities, which are a reflection of cultural syncretism, such as the Ichapekene Piesta Inasianuana that takes place every year from July to August.  The festival Ichapekene Piesta,was declared a  Cultural Heritage of the Plurinational State of Bolivia, and also recognised by Unesco, which is included it in the list of the Intangible Cultural Heritage of Humanity. It is a syncretic manifestation that reinterprets the foundational myth of the Jesuit victory of San Ignacio de Loyola, associating it with indigenous beliefs and traditions.

San Ignacio de Moxos was also The "Spiritual Capital of South American  Missions", due to the strong Jesuit evangelising presence in the region.

Initiators of baroque art, expressed in music, mainly, as well as in painting and architecture, nuanced by local culture. It stands out for having more than 8,000 sheets of baroque music from the Spanish invasion era, which some natives jealously preserved and that  today, groups such as the Moxos Ensemble perform at festivals inside and outside the country.

The summit of the Ichapekene Piesta Festival begins on July 30, the day before that recalls the death and ascension of San Ignacio de Loyola, founder of the Society of Jesus, and ends on August 2. During these days the groups composed of musicians and dancers dance wearing their multicoloured typical costumes that represent the Moxeña worldview. On  the sound of native melodies or taquiraris. This cultural, religious and spiritual event shows the mostly imposed  culture by the Jesuit.

The Llanos de Moxos was the setting for many complex pre-Columbian societies, many of which constructed agricultural earthworks such as raised fields, causeways, canals and mounds. These earthworks were built and used from about 1100 BC until about AD 1450, so far as can be told from archaeological remains which do not preserve well in the tropics. The earthworks exceed the Giza pyramids in size and arouse similar speculation as to the means by which they were constructed. Prehispanic peoples made decorated pottery, wove cotton cloth, and in some places buried their dead in large urns.

A 50,000 square kilometer swath of savanna has been identified as having raised fields which were used for agriculture from about 1100 BC until AD 1450.

Although Europeans arrived in the Americas in the late 15th century, they did not come to settle in the Llanos de Moxos until the late 17th century. The missions established by Jesuit missionaries in the 17th and 18th centuries became many of the modern towns in the region.

Since the 1950s, ranching has become the most important form of agriculture, and ranches dominate the landscape. 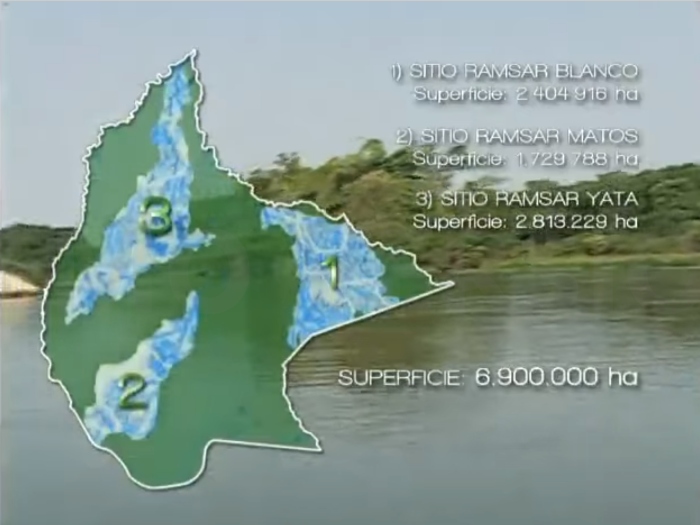 A Ramsar site is a wetland site designated to be of international importance under the Ramsar Convention.The Convention on Wetlands, known as the Ramsar Convention, is an intergovernmental environmental treaty established in 1971 by UNESCO, which came into force in 1975. It provides for national action and international cooperation regarding the conservation of wetlands, and wise sustainable use of their resources.

The largest Ramasar site are in Moxos Bolivia